You are here:
Kids Entertaiment 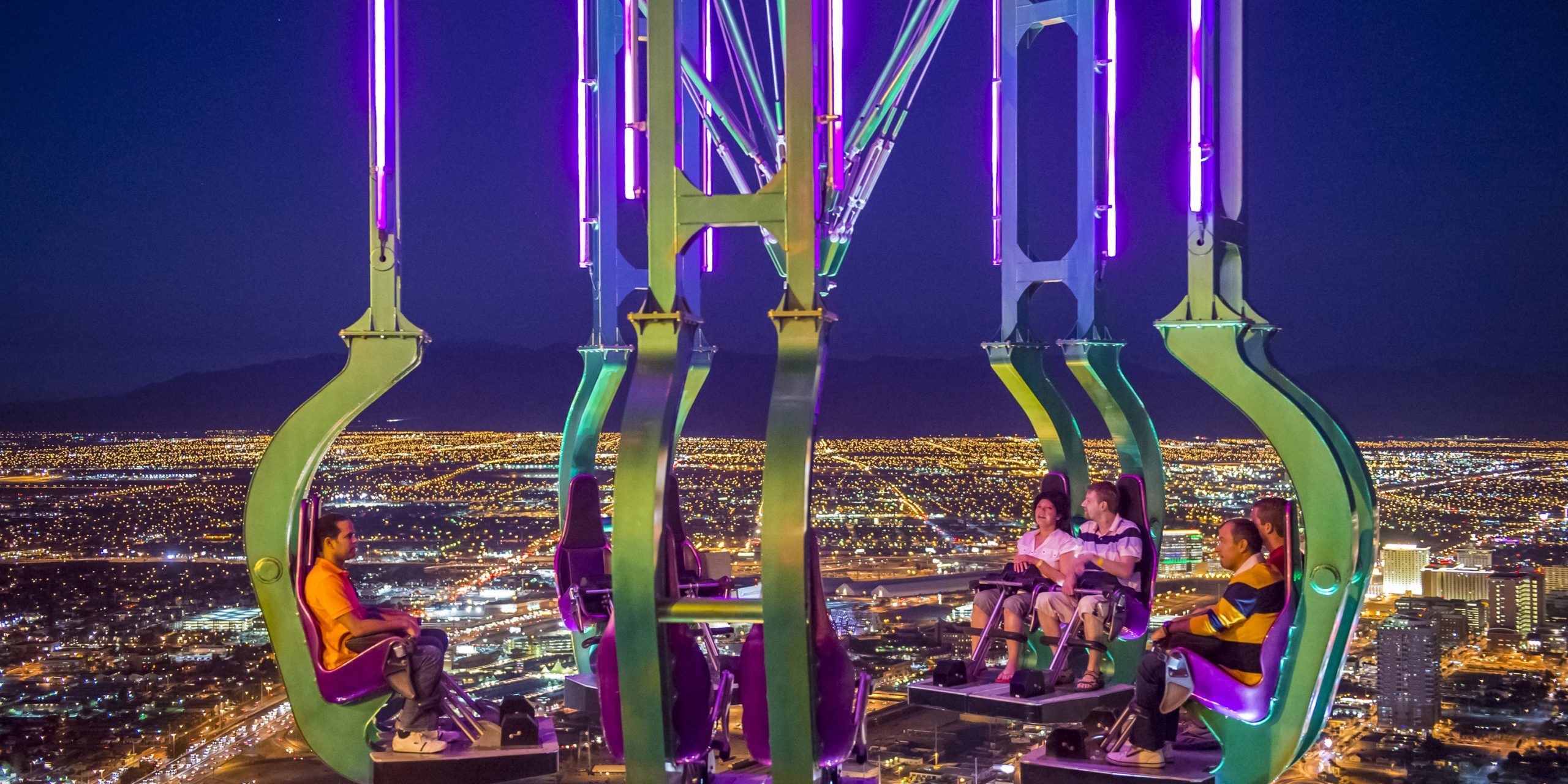 This ride atop The STRAT whisks riders in the air in astounding seconds along the tower’s needle. It happens so fast, it feels as if you might actually shoot right off the top of the Stratosphere. Get a feel of weightlessness as 4 Gs of force literally makes you float out of your seat. Thank goodness for seatbelts, right?

After the initial shock and awe, and once (a.k.a. “if”) you’re able to stop screaming, you may want to look around. You might be able to see your hotel, your Aunt Sally’s house or even your favorite Vegas Strip Club.

The return to the ground at one-negative G is much more relaxing than the launch. Plus, it gives you a little bit of time to think about just what a big shot you are.

After the drop, you’ll bounce up and down the mast three times. After “floating” back to the base, you’ll feel so giddy and energized that you can’t stop giggling. You may even want to hit up some of the other rides atop the Stratosphere Tower, including SkyJump Las Vegas, X-Scream and Insanity.

Everyone wants to be a big shot when they visit Las Vegas. This is the fastest, easiest and most adrenaline-inducing way to do it. With this ride under your belt, no one will ever question your big shot status again.

THE AQUARIUM AT THE SILVERTON HOTEL
February 17, 2020
Subscribe to Blog via Email
Blog Categories
Go to Top